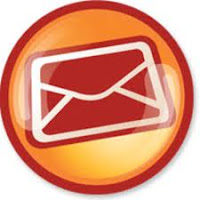 Occasionally I receive emails from strangers regarding my advocacy for drug policy reform. These are almost always positive. In fact, I can count on one hand the number of negative emails I have received in the past two years. Anyway, today one of those emails arrived my inbox from someone in BC. I've removed his name to protect his privacy, but otherwise here is the full text of his email:

Mr. Bratzer:
I recently heard you on CKNW radio in the Van. area peddling your wares around de-criminalization. I must say that I have never heard such a lame collection of talking points, cliches and drivel. You come from the starting place that drug enforcement has failed. You obviously don't not live in British Columbia: we are living in the midst of de facto de-criminalization of marijuana, both possession and production, thanks entirely to an activist judiciary who refuse to punish criminals for grow ops. In BC, only 3 or 4 people out of 100 get any punishment for having a grow op. The punishment? On average a $ 1,500.00 fine, even though they have stolen on average $ 1,800.00 worth of hydro to run the grow op and receive a mere 15 days in jail, on average. Now I don't want to confuse you with facts but here in BC we are already living in a world of de-criminaliztion. Is it utopia? Hardly. Because marijuana is the gateway drug for all starting out street gangs and is the currency of both street gangs and organized crime, we have experienced unprecedented gang violence: 50 unsolved targeted hits with 5 innocent Canadians murdered in the last 3 years minding their own business. Because of plea bargains, the average number of plants a person has in their "possession" when convicted of just possession in BC is 94 plants. Did you know that?? Are you surprised? Its far worse then you even know. Are you tracking yet? And your worn out cliches are pale against the reality of what needs to be done to re-assert control over public safety. What will all those streets gangs do and all those Angels do when the govt. gets in the business? Do you think they will all go and work in MacDonalds? Or maybe into law enforcement? They could ride along side people like you, for example.....Right! And is the govt. also going to take over all those illegal hand guns, cocaine and heroine coming north in exchange for our BC Bud?
Sadly, your position around de-criminalization raises more questions than answers.
Based on what we see here in BC, you are advocating anarchy, but I am certain that that reality totally escapes you. But I digress. Ignorance is bliss.......

Assuming his statistics are correct, what would you tell this fellow?
Posted by David Bratzer