Black police officers? You can't talk about them here. 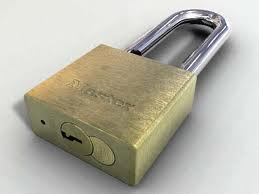 The moderators over at the Blue Line forums have locked my post about the National Black Police Association's endorsement of Proposition 19 in California. This means further discussion is prohibited as no one can add any responses.

I certainly respect the rights of the moderators to make such decisions. It's their web site, after all, which is why I am posting my response here on the LEAP blog.

Now, I love Blue Line. It's Canada's national law enforcement magazine. I wrote a couple of opinion essays for the magazine last year. And I've learned a lot from the Blue Line discussion forums. As a junior police officer, I feel it is important to keep up to date with the latest developments in the complex world of law enforcement.

The forum in which this post appeared is called The Rant. It's supposed to be a grab all for subjects that don't fit any of the other sections of the web site. Here's a few of the hot topics debated in the forum:

Strangle your kid to death, get a suspended sentence.

... and my personal favourite:

Even Robert Munsch is on Blow!!!

Clearly, in this context, an article about black cops who want to regulate cannabis is way over the line. (Sarcasm intended.)

This is not any group of black police, mind you. It's the National Black Police Association, representing some 15,000 black law enforcement officers in the United States. 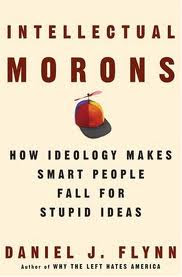 This brings me to the heart of the reason why I don't post more often on Blue Line. Like policing itself, the forum is dominated largely by social conservatives. Without getting into my own political beliefs too much, suffice to say I'm not a fan of an ideology that insists, "it is the role of the government to enforce traditional values because __________."

My problem is that I rarely see anything logical in the last part of that sentence. Law Enforcement Against Prohibition is a big tent organization and we welcome folks from across the political spectrum. But my personal feeling is that locking a thread on a discussion forum is a knee jerk reaction from someone who is afraid of the issue. It doesn't even come close to the kind of intellectual rigour needed to defend social conservatism.

In fairness to social conservatives, I have seen one strong argument advanced in their name that favours drug policy reform. You won't find it on the Blue Line forums though. It was articulated by "Inspector Leviathan Hobbes," the pseudonym for the founder of the Thinking Policeman blog. He was kind enough to let me write a guest post back in August 2009 about Law Enforcement Against Prohibition.

The post generated a number of comments and eventually Hobbes himself waded into the discussion:

I've kept reasonably quiet throughout this debate. In fact, I've been reading through the links Officer Bratzer provided, as well as the one-stop-shop of complete information provided by 200 Weeks. Not only have I been reading, but I've been thinking. It's difficult as a police officer to agree with the legalisation and regulation of drugs. Why? It's because we see the evil ruination that it has upon addicts. Not only that, but those who are the real dealers, the Mister Bigs, are extremely difficult to bring to justice. Add to this the consequential victims, the ones who have their property stolen to fund habits, and it seems difficult to say to all of them that what LEAP proposes is the way forward. However, after nigh on 20 years of reading philosophy, I've fallen foul of the Platonic adage I swore I never would - 'an expert is someone who knows nothing at all.'

What I mean by this is, just because as police officers or MOPs we see the full impact that drugs misuse has on the wider community, not only on the user themself - and because we know the law inside and out regarding drugs - we can sometimes become blind to the alternatives. Just because the law and societal opinions have been the same throughout the lives of almost all of us, it doesn't mean it's right. It doesn't mean the law was devised because it works. Sometimes it's wrong. I can point to many examples, as I am sure many of you can. Think about it this way - if drugs WERE legalised and regulated, the Mister Bigs would suffer - the ones who deserve to suffer. Prostitution, a drug-reliant trade, I'm guessing would halve at the very least, as would most ascquisitive crime. You can't get away from the fact that the majority of acquisitive crime is committed by habitual drug users. Yes, there are issues around the practicalities of this proposal, but they're not unachievable in the overall aim.

So, I'll subscribe to LEAP. Sometimes what appears radical actually isn't. It's a conservative reaction to restore order to that similar to times gone past. My only hope is that if we ever did take on the experiment, the current government would be long gone, because otherwise they'd screw it up. As with everything else.

Thank you, Inspector. You said it better than I ever could.
Posted by David Bratzer