Take a look at the how a new lengthy op-ed by LEAP executive director and former Maryland narcotics cop Neill Franklin appears in the latest issue of The Journal, a magazine distributed to nearly every police chief and sheriff in the United States.  The full text of the article is also pasted below. 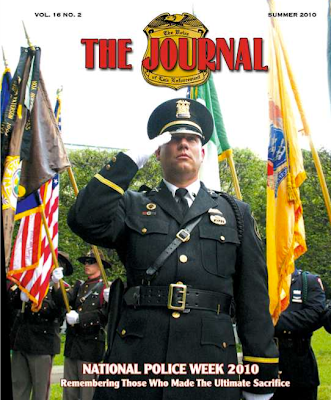 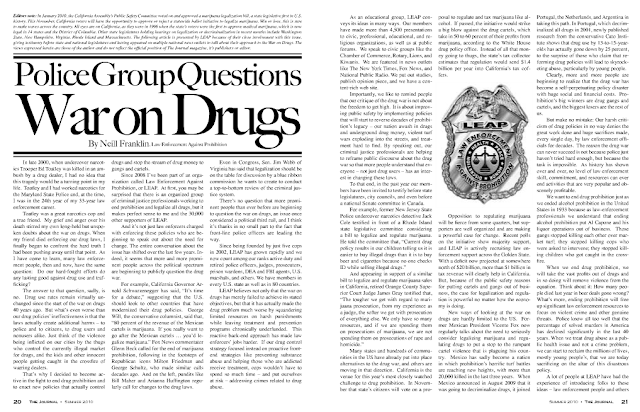 Editors note: In January 2010, the California Assembly's Public Safety Committee voted on and approved a marijuana legalization bill, a state legislative first in U.S. history. This November, California voters will have the opportunity to approve or reject a statewide ballot initiative to legalize marijuana. Win or lose, this is sure to make waves across the country. All eyes are on California, as they were in 1996 when the state's voters were the first to approve medical marijuana, which is now legal in 14 states and the District of Columbia. Other state legislatures holding hearings on legalization or decriminalization in recent months include Washington State, New Hampshire, Virginia, Rhode Island and Massachusetts. The following article is presented by LEAP because of their close involvement with this issue, giving testimony before state and national legislatures and having appeared on multiple national news outlets to talk about their approach to the War on Drugs. The views expressed herein are those of the author and do not reflect the official position of The Journal magazine, its publishers or editors.