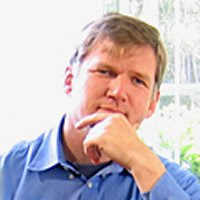 I'm pleased to share a new blog with LEAP supporters. Walter McKay's blog is titled Police Accountability and Reform. It's been around for a while, but recently he started posting on it more regularly. He lives in Mexico and so much of his writing focuses on the violence of the drug cartels in that country. He keeps a close tab on the latest developments, especially in terms of the daily killings, the weaponry used, the police corruption, the methods of intimidation, etc.

I was first introduced to McKay's work sometime around 2004 when I watched a documentary called Through a Blue Lens. This movie is certainly one of most powerful films I have ever watched about the horrors of drug abuse. It was produced by a group of Vancouver police officers who were part of a non-profit society called Odd Squad Productions. McKay was one of the founding members of this group. And I didn't know it at the time - I wasn't even a police officer back then - but we would eventually end up working together as members of Law Enforcement Against Prohibition.

After twelve years in policing, McKay left the Vancouver Police Department to pursue his interests in criminal justice reform. He received an M.A. from Simon Fraser University and then began his PhD studies with a focus on police ethics. He now lives in Mexico City where he is project director for the Instituto para la Seguridad y la Democracia (INSYDE), a non-profit organization focused on police reform.

I'm reasonably certain that Walt is qualified to talk about the War on Drugs. Please take a moment to visit his blog and say hello.
Posted by David Bratzer