Check out this great op-ed from LEAP advisory board member Gary Johnson, a former governor of New Mexico. 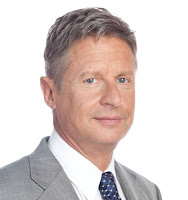 There were 72 bodies found on a ranch ninety miles south of the Texas border -- obvious victims of a drug cartel massacre.  Bullets have been hitting public buildings in El Paso and the Washington Post is reporting that at least $20 billion a year in cash is being smuggled across the U. S. border each year.  What is it going to take to convince the Federal Government  that current drug policies are not working? The fact is that the current drug laws are contributing to an all-out war on our southern border -- all in the name of a modern-day prohibition that is no more logical or realistic than the one we abandoned 75 years ago?
Mexican drug cartels make at least 60 percent of their revenue from selling marijuana in the United States, according to the White House Office of National Drug Control Policy. The FBI estimates that the cartels now control distribution in more than 230 American cities, from the Southwest to New England.
How are they able to do this? Because America’s policy for almost 70 years has been to keep marijuana—arguably no more harmful than alcohol and used by 15 million Americans every month—confined to the illicit market, meaning we’ve given criminals a virtual monopoly on something that U.S. researcher Jon Gettman estimates is a $36 billion a year industry, greater than corn and wheat combined. We have implemented laws that are not enforceable, which has thereby created a thriving black market. By denying reality and not regulating and taxing marijuana, we are fueling not only this massive illicit economy, but a war that we are clearly losing.
In 2006, Mexican President Felipe Calderon announced a new military offensive against his country’s drug cartels. Since then, more than 28,000 people have been killed in prohibition-fueled violence, and the cartels are more powerful than ever, financed primarily by marijuana sales. Realizing that his hard-line approach has not worked, earlier this month Calderon said the time has come for Mexico to have an open debate about regulating drugs as a way to combat the cartels. Ignoring this problem, Mr. Calderon said, “is an unacceptable option.”
Calderon’s predecessor, Vicente Fox, went even further, writing on his blog that “we should consider legalizing the production, sale and distribution of drugs” as a way to “weaken and break the economic system that allows cartels to earn huge profits … Radical prohibition strategies have never worked.”
Fox is not alone. His predecessor, as well as former presidents of Brazil and Colombia, has also spoken out for the need to end prohibition.
And they’re right. Crime was rampant during alcohol prohibition as well. Back then it was lead by gangsters like Al Capone. Now it’s lead by cartels.
The violence in Mexico is out of control and is destroying the country. Journalists fear reporting the daily shootouts because of threats from the cartels. Some schools are even teaching their students to duck and cover in order to avoid the crossfire. Politicians are being targeted for assassination.
The havoc has spread into the United States. In March, hit men executed three people linked to the U.S. Consulate in Juarez, an act that President Obama condemned. And the same cartels that are selling marijuana in the United States are destroying treasured environmental resources by growing marijuana illegally in protected park lands. By regulating marijuana   such illegal grows would cease to exist. The problem has been out of hand for quite some time, and a new approach is desperately needed.
Sadly, U.S. officials refuse to even acknowledge that such a debate is taking place. Drug Czar Gil Kerlikowske has said repeatedly that the Obama administration is not open to a debate on ending marijuana prohibition. Even worse, we’ve continued to fund Mexico’s horribly failed drug war (to the tune of $1.4 billion through the Merida Initiative), while refusing to be honest with our neighbors who are urgently seeking a new direction.
This November, Californians will decide whether to legalize marijuana for adults 21 and older. U.S. officials need to welcome the debate on marijuana regulation. It’s probably the only practical way to weaken the drug cartels—something both the U.S. and Mexico would benefit from immeasurably. We need a new solution to stop this violence.
Some specific acts of violence provided by Reuters:
* Aug 18, 2010 - The body of the mayor of Santiago, a colonial tourist town near Monterrey, was dumped on a rural road, two days after he was taken from his home. Calderon condemned the killing of Edelmiro Cavazos, the latest attack on public officials in an escalating drug war.
* July 18, 2010 - Gunmen burst into a birthday party in the northern city of Torreon, using automatic weapons to kill 17 party-goers and wound 18 others. Mexican authorities later said those responsible were incarcerated cartel hitmen who were let out of jail by corrupt officials. The killers allegedly borrowed weapons and vehicles from prison guards and later returned to their cells.
June 28, 2010 - Suspected cartel hitmen shot and killed a popular gubernatorial candidate in the northern state of Tamaulipas in the worst cartel attack on a politician to date. Rodolfo Torre, 46, and four aides from the opposition Institutional Revolutionary Party, or PRI, were ambushed on their way to a campaign event for the July 4 state election.
GARY JOHNSON is the honorary chairman of the OUR America Initiative (www.ouramericainitiative.com), a 501(c)(4) advocacy committee. He is also the former Republican Governor of New (1994-2002), and has been a consistent and outspoken advocate for efficient government and lowering taxes.
Posted by LEAP